This action-packed itinerary takes you to the very heart of the Wildebeest Migration’s calving season to wrap up an unforgettable African adventure.

About Calving Season (December to March)

Life begins for a huge number of animals in the Ndutu region that straddles the southern Serengeti and the Ngorongoro Conservation Area. In the space of a few short weeks, the calving season sees half a million young wildebeest brought into the world – with an average of 8,000 wildebeest born each day.

It is here that the vast herd begins to take shape, and it is here that the predators begin their yearlong assault upon the herd. With so many young and weak calves stumbling around, it becomes easy for the lions, leopards, and cheetahs to pick off a tasty morsel.

ARRIVAL
Upon arrival in Tanzania, you’ll be greeted at the airport and taken to lodge in Arusha. You’ll have the evening to relax and enjoy Africa’s unique ambiance. Accommodation: Maasaland Lodge (Half Board)

ARUSHA – LAKE MANYARA
You’ll depart from Arusha after breakfast for the drive to Lake Manyara National Park. The journey takes approximately two hours, but we’ll pass through the market town of Mto Wa Mbu along the way. This agricultural and fresh produce market is a melting pot of local cultures and a souvenir hunter’s paradise.
After a brief stop at the village market, you’ll enter Lake Manyara, National Park. The park is truly a photographer’s playground and offers some of the best game viewings in the world. You can expect to see many of Africa’s most well-known animals, with the tree-climbing lions a particular treat. These proud predators lounge in acacia trees practically begging to be photographed.
Bird-watchers will find Lake Manyara is an absolute delight, with a huge variety of birds on display in the park. Even the novice can expect to be amazed by large flamingo flocks, circling birds of prey, and the brightly colored lilac-breasted roller. Accommodation: Octagon Lodge (Full Board)

LAKE MANYARA – SERENGETI (NDUTU REGION)
We’ll take an early breakfast, as we’ve got a big day of exploration and adventure ahead of us!
We’ll begin the day with the scenic drive towards the Serengeti. Along the way, we’ll pass through the mist-shrouded rainforests of the Ngorongoro Conservation Area where you might be lucky enough to glimpse cape buffalo, baboons, or even elephants and leopards in the dense undergrowth.
It’s a nearly four-hour drive to the Serengeti park gates, but you can choose to break up the drive with one or both of the below optional activities:
• Oldupai Gorge Museum: Sometimes known as the Cradle of Mankind, the Oldupai Gorge Museum commemorates some of the oldest evidence of human habitation ever found. Here you can see some of the oldest fossil evidence in the world of human habitation, visit the Oldupai Gorge Museum to learn more about the human journey, and take in the stunning views of this stark gorge country.
• Maasai boma visit: Pay a visit to one of the famous Maasai bomas, where you’ll have the opportunity to witness (and participate in) traditional Maasai dance, tour an authentic Maasai village, and even do a little souvenir shopping at the local market.
Both of the above activities attract an additional cost. Speak with your safari expert about adding them to your itinerary.
You’ll then make your way into the Ndutu region of the park, where tens of thousands of young Wildebeest take their first steps on the long road towards the distant Maasai Mara.
You’ll have time for an afternoon game drive through the region before checking into your accommodation.
Accommodation: Kenzan Ndutu Tented Camp (Full Board)

NDUTU REGION
You’ll be up before dawn so that we can enjoy a sunrise game drive along the shores of Lake Ndutu. As far as the eye can see, thousands upon thousands of animals graze on the lush grass. then head to the nearby Gol Plains, where you’ll have the chance to spot carnivores such as cheetahs and lions in action while it is still cool enough for them to hunt.
From here, it’s on to Lake Masek, a freshwater lake that is home to water birds and hippopotamuses. Surrounding the lake is enough undergrowth to attract elephants, giraffes, and antelopes, making it a fantastic place to snap pictures of these beautiful creatures against a unique backdrop.
Evening venture out onto the Serengeti proper for a game drive. Here you’ll have the chance to spot graceful giraffes and leaping antelopes, foraging hyenas, lean cheetahs, shy leopards, and the regal lions that have become symbolic of Africa.Accommodation: Angata Ndutu Tented Camp (Full Board)

NDUTU REGION – NGORONGORO CRATER
After breakfast, we get right on the road back towards the Ngorongoro Crater. Our drive takes us back through the Serengeti via a different route, offering plenty of opportunities to spot the animals that eluded you on day two. As far as the eye can see, you’ll spot thousands upon thousands of animals in herds; wildebeests and zebras migrating together, tall and graceful giraffes, jumping antelopes and gazelles, the powerful African elephant and the most respected group of animals: the predators. You will have the chance to spot lean cheetahs and shy leopards, foraging hyenas, and last but not least, the king himself; the lion.
Dinner and overnight on the rim of the Ngorongoro Crater or in nearby Karatu Town according to the standard and the type of accommodation requested from our options.Accommodation: Ngorongoro Rhino Lodge (Full Board)

NGORONGORO CRATER – ARUSHA
The morning after breakfast, you’ll depart for Ngorongoro Crater; considered by some to be the Eighth Wonder of the World. When you get your first glimpse of this vast, verdant caldera from the panoramic viewpoint, you’ll soon understand why it has earned such a lofty reputation.
Home to over 120 species of mammal including the fabled Big Five, the Ngorongoro Conservation Area is one of the most sought after safari destinations in the world. It’s a particularly good place to see the endangered black rhinoceros enjoying a lonely meal out on the grass plains, as well as a place to see large numbers of hippopotamus enjoying the cool water.
From the comfort of your open-top vehicle, you’ll be able to observe and photograph some of Africa’s most recognizable faces. The crater is home to a large number of predators including lions, leopards, cheetahs, jackals, and hyenas, as well as a large population of wildebeest, zebras, antelope, cape buffalo, and more. It is truly one of Africa’s premier safari destinations.
After the thrills and excitement of the day, you will have a picnic lunch by the park’s famous hippo pool. Thereafter, you will drive back to Arusha for your scheduled flight to departure. 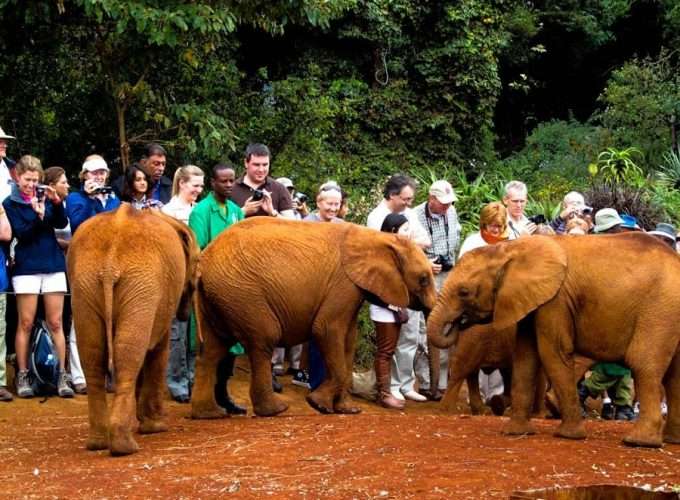 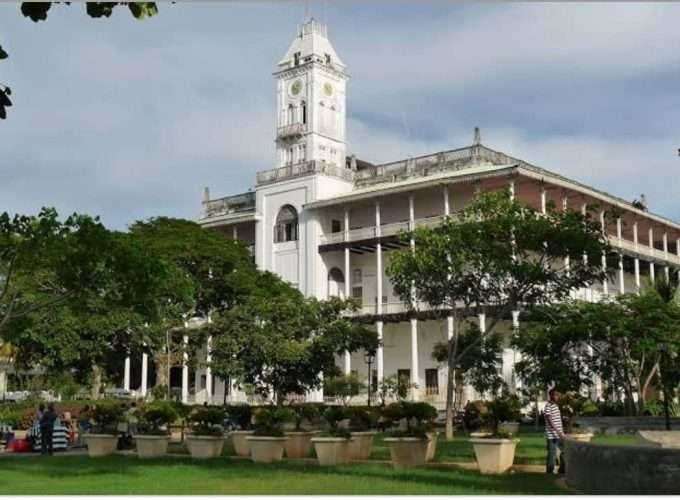 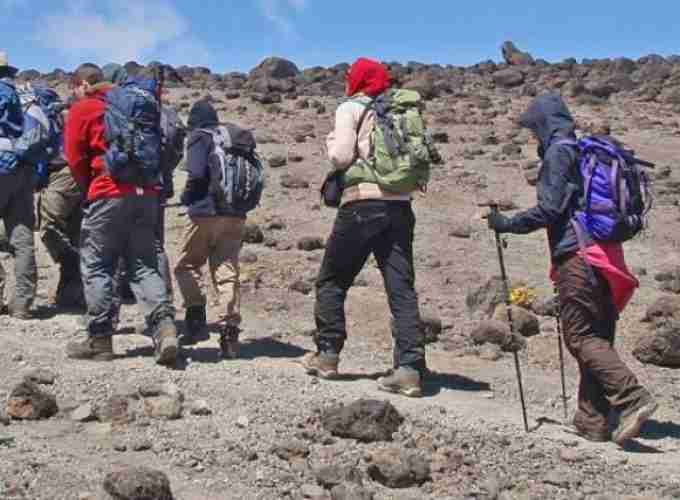 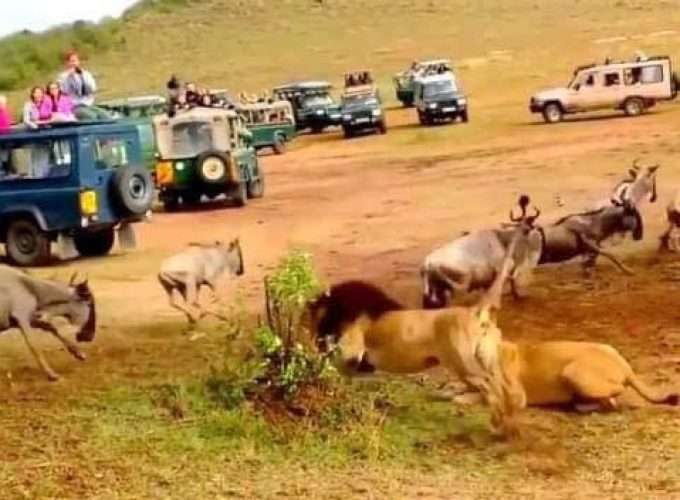