Explore the wonders of Kenya’s magnificent Masai Mara and the soul-stirring Serengeti, whose picture “out of Africa” scenes will leave you in awe, before heading through the Great Rift Valley towards Tanzania, where you can soak up the spectacular scenery of the Ngorongoro Crater and “the cradle of the mankind”. Late may hundreds of thousands of wildebeest, zebra and other ungulates make their way across the grass plains of the Western part of the Serengeti in search of food and water as the seasons change. Enjoy your safari front row seats to one of nature’s greatest shows as these mega herds with their towards green pastures.

You will be picked up from Jomo Kenyatta International Airport (NBO) your hotel in Nairobi at Hilton hotel, (on BB basis)

Samburu National Reserve. The reserve offers a unique visit of rounded, rugged hills and undulating plains. The mix of wood and grassland with riverine forest and swamp is home to a wide variety of animal and birdlife. Buffalo springs record there are over 365 species of bird here. Game viewing and visibility is excellent with sights of reticulated giraffe, Gravy’s zebra, elephant, oryx, Somali ostrich, hippo, crocodile, gerenuk, buffalo, lion, leopard, cheetah, and hyena. You will arrive in time for your hot lunch followed by an evening game drive.

You will enjoy your early morning breakfast then depart after breakfast for Aberdare National park to arrive in time for your hot lunch at your hotel. Abounding with wildlife, unfettered by the more rigorous strictures of the Kenyan national parks, and designed to offer a charming blend of under canvas ambiance and uncompromising luxury, Aberdare has long been the preferred retreat of wilderness and safari lovers alike. It is one of the only four private game reserves in Kenya. Overnight: Mount Pleasant lodge

Morning departs after breakfast for Lake Nakuru National Park. The park is home to warthogs, waterbuck, buffalos, reedbucks, and the occasional leopards. White and black rhinos were introduced to the park some years ago and you may find white rhino at the southern end. The park has also retained its reputation as an ornithologists’ delight with more than 400 species of bird found here. You will arrive for your hot lunch and enjoy an afternoon game drive at Lake Nakuru National Park where you will also have dinner and stay Overnight: Sarova woodland Lodge.

After breakfast, you will be driven through the dramatic Great Rift Valley to the Maasai Mara National Reserve. This enormous reserve is actually part of the vast Serengeti plains. It is famously known for its spectacular great wildebeest’s migration and home of the Big Five: lion, elephant, leopard, buffalo, and rhino. You will have lunch at Mara Sopa Lodge before departing for the afternoon game drive. The Maasai Mara National Reserve is one of the greatest wilderness in the world. The large mammals are varied and easy to see. Residents among the parks include Masai giraffe, buffalo, eland, and thousands of the plain game including impala, zebra, topi, as well as both Thomson’s and Grant’s gazelles. Overnight will be at Mara Serene Safari Lodge.

You will be waked up at 05:30 for coffee followed by an early morning game drive and back to the camp for a full breakfast. After breakfast, you will proceed for another game drive visiting the Mara River for hippos, crocodiles, and the migration point of the wildebeests. There’s also another option of proceeding for a game drive with packed lunch till 18:30 in the evening. Dinner and overnight will be at Mara Sopa Lodge.

You will be waked up around 06:00 for a full breakfast and depart with a packed lunch to Serengeti National Park with a distance of 400 kilometers along the Hisbania border. You will arrive at the gate and begin a game drive with picnic lunch till evening followed by checking in at Kubukubu Tented Lodge at around 18:30. Serengeti National Park is one of the largest parks in Tanzania and bordered to the north with Maasai Mara National Reserve in Kenya. The park is also one of the most visited, famous, and attractive.

Serengeti National Park was voted as the seventh Wonder of the World because of the annual migration of the million wildebeest from Maasai Mara in Kenya to the Serengeti plains. Serengeti covers an area of 14,763 square kilometers. The physical attractions here include rivers, swamps, plains, kopjes rocks, grasslands, and woodlands savannah while the animals found here include the Big Five (lions, elephant, rhinos, leopard, and buffaloes), giraffes, wildebeests, zebras, cheetahs, hyenas, and Thomson’s gazelles among others. Dinner and overnight will be at SerengetiKubukubu Tented Lodge.

You have a full day in Serengeti national park early morning game drive till 08:30 before the full breakfast. You will proceed for a game drive till around 13:00 for lunch afterward. Later you may relax till 16:00 then enjoy the evening game drive till 18:30. There’s another option of proceeding for a full game drive with packed lunch till 18:30 as well. Dinner and overnight will be at Serengeti: Kubu Kubu Tented Lodge.

You will be waked up at 06:00 for a full breakfast and depart to Ngorongoro, which distance is 130 kilometers, with a packed lunch. After arriving at Ngorongoro, you will descend to the crater floor for about 2,000 meters with an altitude of 1,980 feet straight up from the crater floor. Ngorongoro is one of the world’s heritage as it was voted as the eighth Wonder of the World. Physical attractions here are swamps, grasslands, woodlands, rivers, lakes, and hills among others while the animals found include elephants, lions, cheetahs, buffaloes, gnus, hyenas, and black rhinos among other. Ngorongoro supports such an amazing variety of animal life as if Noah’s Ark was foundered here. You will proceed with a game drive in the crater till evening with dinner and overnight at Ngorongoro Farm House Lodge.

you will be waked up at 06:00 for a full breakfast and depart to Lake Manyara with a distance of 45 kilometers. After arriving at the gate, you will begin a game drive en-route to the picnic site. After lunch, game drives along the shores of Lake Manyara till 18:30 then back to Lake Manyara Kilimamoja Lodge for dinner and overnight.

Lake Manyara covers an area of 330 square kilometers of which 200 square kilometers is covered by the lake itself. Lake Manyara is also an alkaline lake where millions of flamingo live and different types of birds are also found here. “Manyara” is a Maasai word meaning euphorbia forests which lies along the Great Rift Valley. Manyara also provides a perfect introduction to Tanzania birdlife (over 400 different types of birds have been recorded including water birds such as pelicans, flamingos, cormorants, stocks, fish eagles, and kingfishers among others). Overnight: Lake Manyara Kilimamoja Lodge

You will be waked up at 06:00 for a full breakfast and depart from Lake Manyara to Tarangire National Park with a distance of 110 kilometers. After arriving at the gate, you will begin a game drive en-route to Tarangire Sopa Lodge, arriving at 13:00 for lunch, and you can relax till 16:00 pm. You will proceed to an evening game drive till 18:30 then back the camp or lodge. Tarangire covers an area of 2,850 square kilometers. The physical attraction here includes rivers, swamps, grassland savannah, and Acacia forests among others while the animals found include elephant, lions, giraffes, ostriches, fringed-eyed oryx, long-necked gerenuk, zebras, impala, buffaloes, wildebeest, hartebeest, and gazelles among others. Tarangire also hosts different kinds of birds including the kori bustard- the heaviest fling bird- and tree climbing python. Dinner and overnight will be at Tarangire Sopa Lodge.

You will have morning and afternoon game drive in the park that offers wonderful panoramas of wild savannah grasslands dotted with open acacia woodland studded with large Baobao trees. Elephants can be seen here in the herds of up to 600 at a time along with masses of wildebeest, zebras, eland, hartebeest, buffalo, and oryx which migrate from the dry Maasai steppe to the gleaming Tarangire River in search of water during the dry season. There are 550 species of birds that have been recorded here. Also, the park has tree-climbing pythons. After lunch drives to Arusha town overnight atGolden Crest.

Morning leisure or town tour then transfer go back home. 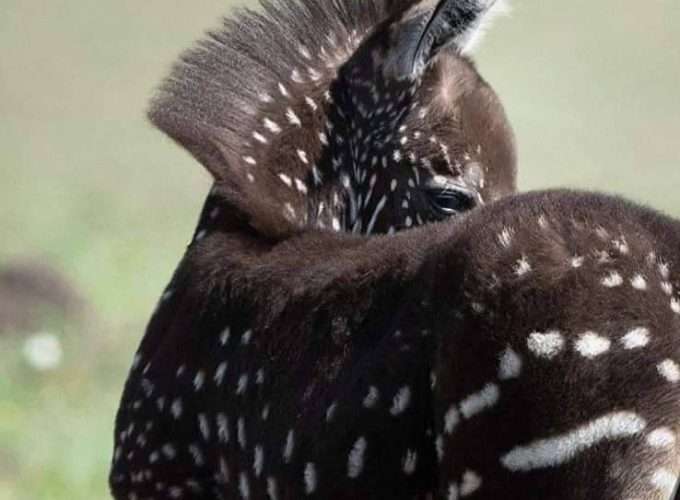 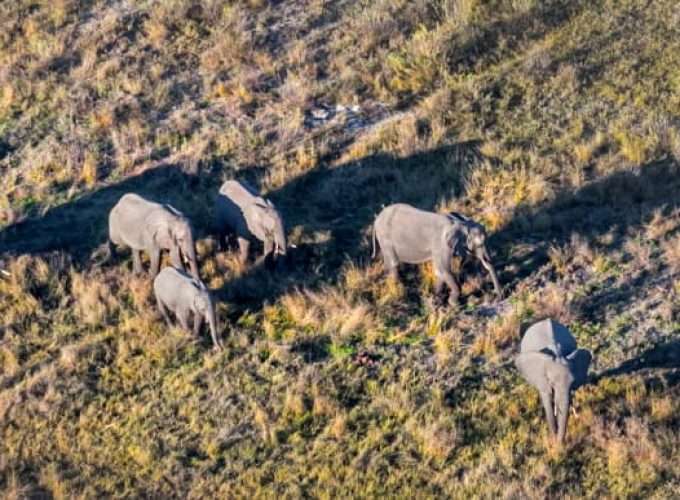 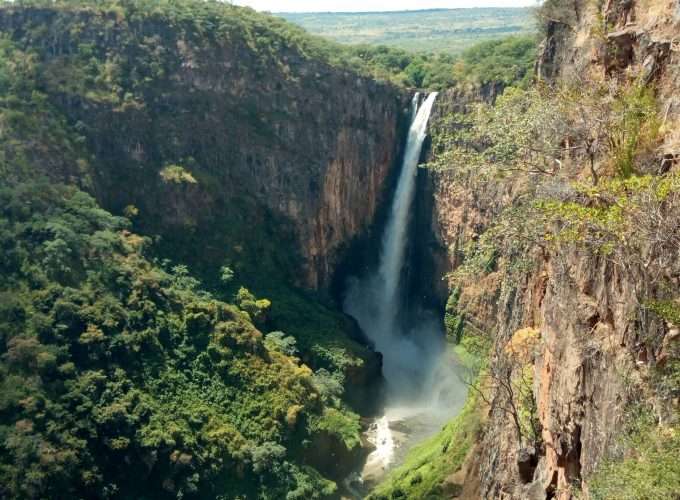