Trekking on the volcanoes of Congo

Trekking on the volcanoes of Congo

Africa is a continent of many active volcanoes. Tourists do not think about it that often, since they mainly come to admire wild animals. But this land, which gave birth to the rest of the world, is the furnace where it all was forged. It is quite natural to find volcanoes, here, though most of them are collected along the east coast between Uganda, Rwanda and Congo. Officially, there are only three volcanoes in Congo: Mount Mikeno and the “twin mountains” Nyiragongo and Nyamuragira. But along the Virunga Volcanoes range there are cones that Congo shares with nearby Rwanda. Mount Karisimbi, for example, and Mount Bisoke. So if you like this kind of adventure, you can go trekking on five volcanoes on this nation’s territory.

The volcanoes of Congo do belong to the Virunga range, a set of 8 active volcanoes – rising over 3000 meters asl – included today in a large National Park. The place is also beautiful for the rain forests, the rivers and of course the local animals. But if you like sport activities, do try climbing one of these volcanoes.

Volcanoes of Congo, where to go trekking?

All five volcanoes in the national territory of Congo are covered in wild rain forest. So you must plan your trekking or climbing during the dry seasons – from March to May, from October to December. If you just want to explore a different environment and admire the animals over there, your best places will be Bisoke or Karisimbi. Both are in a long “quiet” period, covered in green and snow, and you can climb to the top slowly, taking your time.

Mikeno, Nyiragongo and Nyamuragira are active and unpredictable. So you better listen to your local guides’ advice before you go. If they say it is safe, they will probably take you on top of Nyiragongo. This is because Mikeno is a harder route to go and Nyamuragira is not as charming. Only Nyiragongo has a lake of lava boiling all the time inside its crater. It will be like looking down to hell!

Besides, trekking on the routes of Nyiragongo is much easier. It takes 3 to 5 hours to get to the top but you can do it through many large and flat  paths. As you arrive on top, you shall sit and admire the bright light of the lake of lava … a rare thing among just six of them in the world. Trekking to the top of Nyamuragira takes about a 4-hour hard walk and in the end you shall admire the crater and the view over the most ancient rain forest in Congo.

Do not forget to wear: long trousers, high shoes/boots, hats, jackets for rain, walking stick, sun screen, sunglasses, repellent for mosquitoes. Make sure your clothes are white or gray so to not be spotted by wild animals. 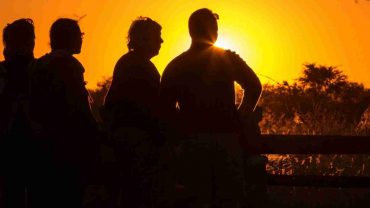