17/07/2020 0 comment
Mount Meru is the core of Arusha National Park and it is a Natural Reserve itself. It is considered as Kilimanjaro’s “little brother” but this 4566-metres-high volcano could have been as high as the big brother. Or even more. It has a weird activity, with long centuries of calm and sudden explosions.
One of these big unexpected explosions probably let the old top collapse, that is why it looks shorter now. The last known eruption was in 1910, but it was not as spectacular as others could have been centuries ago. Mount Meru should be rediscovered. Many tourists come here to only visit Kilimanjaro, but they miss a wonderful place that has been there for ages, just waiting for.

Why visit Mt Meru instead of Kilimanjaro? Well, you can easily explore both since they are close – only 70 km apart. Mt Meru is like a small Kilimanjaro, so it can be used for “test climbings” before you face the king of all African mountains. Or you can enjoy a safari to Mt Meru in order to avoid the crowded trips to Kilimanjaro. And still have a great time!

Mt Meru is a high mountain covered in forests, green meadows, bush. Rivers and creeks run down of its flanks which makes its landscape more Alpine than African! It looks beautiful, and – except for the bare, desert top – its soil is fertile, cultivated in some points, offering wonderful views everywhere.
Green craters, wild animals – elephants, monkeys, buffalos, over 400 species of birds (including flamingos) are impressive pictures. You will enjoy them all while trekking on this volcano. You will also meet a volcanic lake, Momella Lake, on which is possible to go on short sailing safaris by canoe. As you get to the top you will admire the most beautiful views of Kilimanjaro, in the distance. Possibly in the orange colour of a typical African sunset. 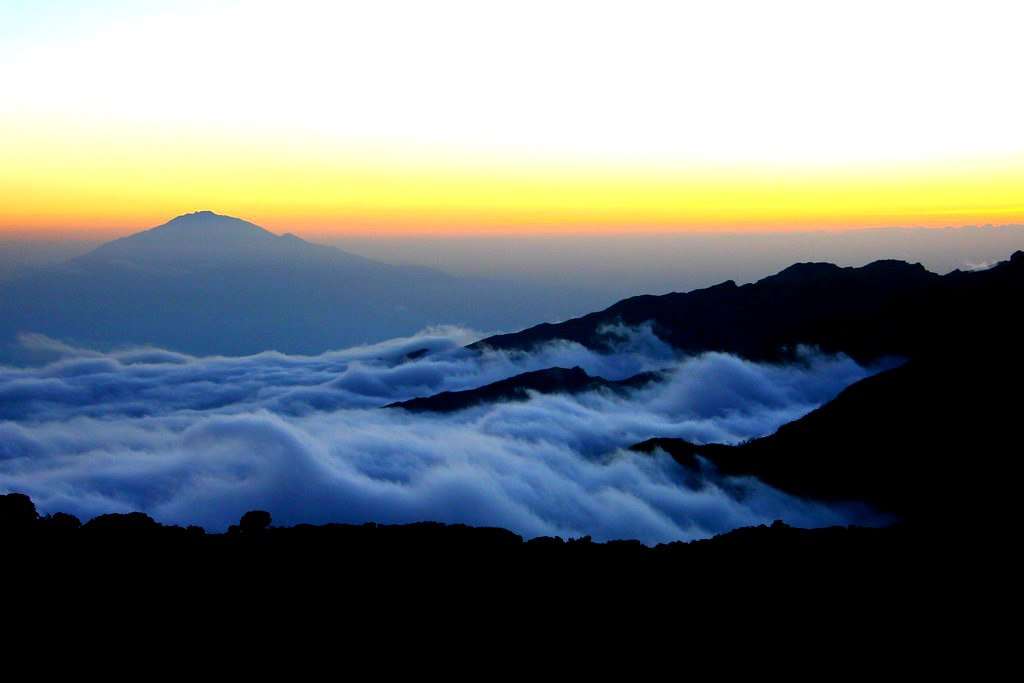 Mt Meru is perfect for a walking safari, or trekking. It offers a hard climbing and an easy descent, so it is good for training if you want to face the Kilimanjaro. It takes only 3 days to get to the top and you must be quite “sporty” to do it.
But after the first steep part, the route becomes easier. Then another hard climbing in the final part of the trip. From the top down to valley again only takes a few hours walk. The route is easy and shady among lovely woods. Most safaris to Mt Meru are organized in Arusha and start from this city. Of course they will end in Arusha again.

How to get there

To get to Mt Meru and to Arusha National Park you will have to reach Arusha, of course.  The city has two airports, Kilimanjaro International and Arusha Airport, so it is well connected to the main east African capitals.
Bus services also connect Arusha to Dar Es Salaam, Mwanza and Tanga in Tanzania, Nairobi (Kenya), Kempala (Uganda). Once in Arusha, the National Park is 45 minutes drive from there. You can go by local buses or – even better- by organized trips and safaris. Much easier and safer. 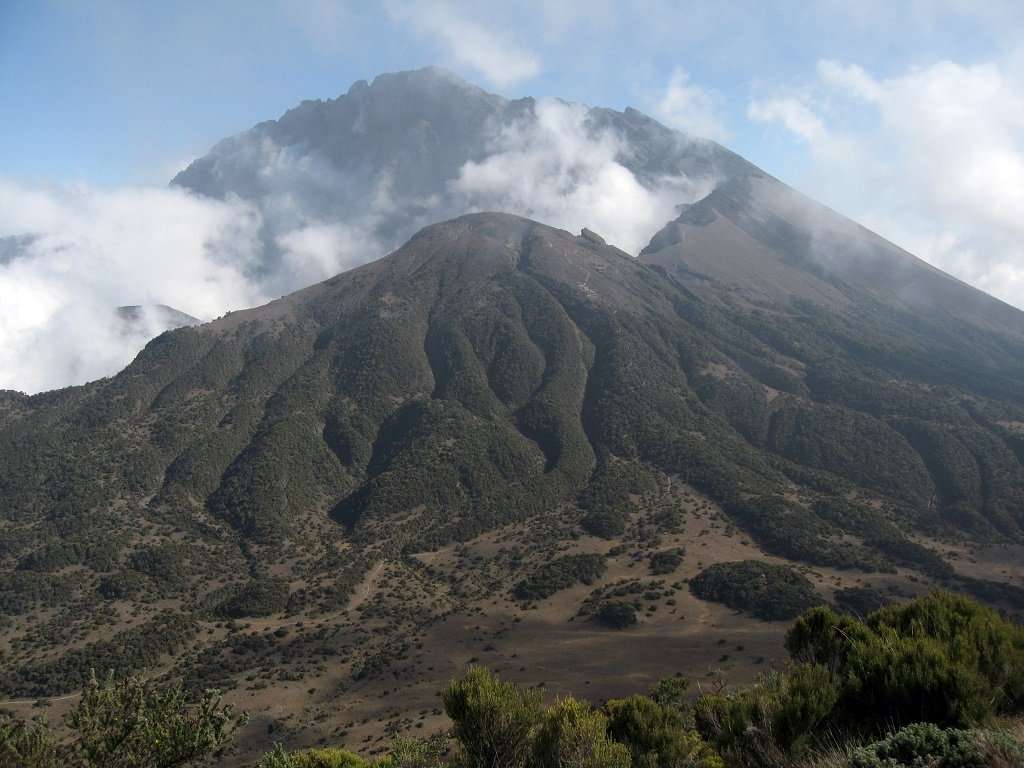