Caregivers at the Sheldrick Wildlife Trust, an animal rescue and rehabilitation organization, at the Chyulu Hills National Park in Kenya found a zebra with a peculiar-looking foal by her side. It had stripes, but they weren’t dark and barely covered her body.When they examined the foal up close, they were excited to discover it wasn’t a zebra after all, but a zonkey, a hibryd between a zebra and a donkey . “Working with wildlife, one learns to expect the unexpected,” the rescue group said in a news releaseon Wednesday 8th of April. “Even the most seemingly straightforward story can eventually reveal its true stripes and end up surprising us all.”The group, which usually takes care of baby elephants, rhinos and sometimes orphaned zebras, transferred the zebra to the Chyulu National Park.The zebra, was a stray who ventured out of Kenya’s Tsavo East National Park and into a community where she “made herself at home” amongst a local cattle herd, according to the rescue group. Since zebra pregnancies last 12 months, the team was quickly able to figure out how it all happened. During her time with the cattle herd last year, she had “obviously become acquainted with an amorous donkey,” the news release said. 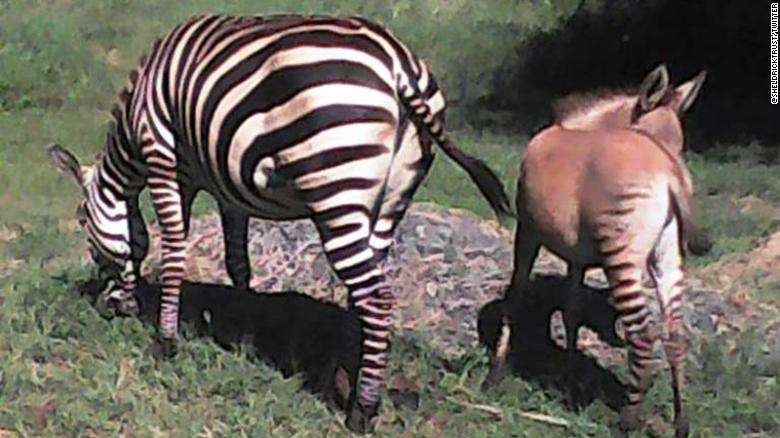 “The zonkey combines the sturdy body of its donkey sire and the striped legs of its zebra mother, which makes for a striking creature,” the Sheldrick Wildlife Trust said. “While it should otherwise lead a normal life, zonkeys are mules, meaning that it will be unable to successfully breed once it reaches maturity.”

Zonkeys are very rare and difficult to born and survive in wildlife.

Before we can find notice of Zippy the ‘zonkey’, that was born on a farm in Somerset on 2 October 2018. He’s thought to be only the second of his kind born in Britain – the first was Zambi who lives in a donkey sanctuary in Lincolnshire.

There is also the story of Ippo, which is birth il like a romance novel. The father is a zebra that was adopted by the animal reserve after he was rescued from a failing zoo. The mother is a Donkey of Amiata, an endangered animal species. 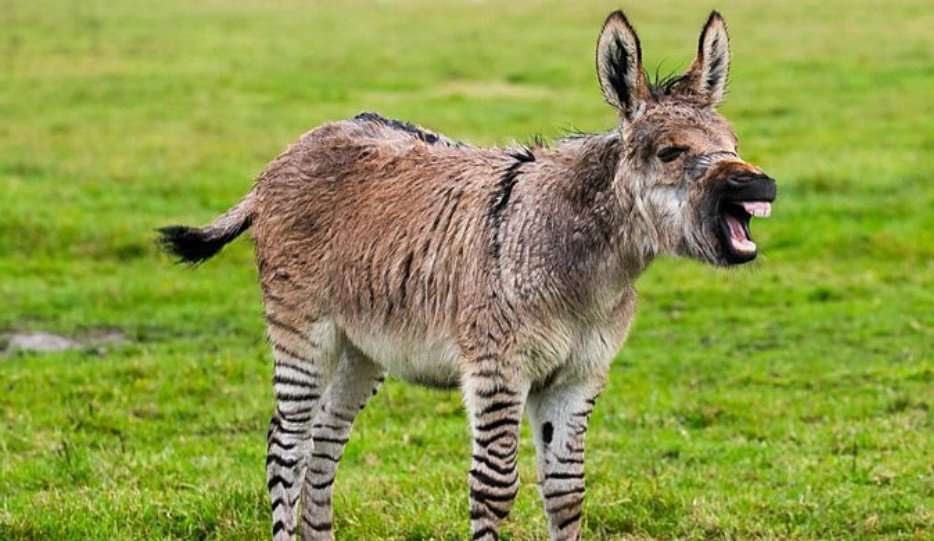 Now the zebra and her baby zonkey are joining in their new habitat, without predators and enough food and water to guarantee them a future.

DON’T MISS NEITHER ONE OF OUR ARTICLE!
READ THE LATEST AND SUBSCRIBE TO OUR NEWSLETTER